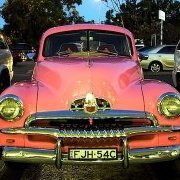 Your marriage ceremony location zip code must be the same as your home address?

17 posts in this topic

Important Disclaimer: Please read carefully the Visajourney.com Terms of Service. If you do not agree to the Terms of Service you should not access or view any page (including this page) on VisaJourney.com. Answers and comments provided on Visajourney.com Forums are general information, and are not intended to substitute for informed professional medical, psychiatric, psychological, tax, legal, investment, accounting, or other professional advice. Visajourney.com does not endorse, and expressly disclaims liability for any product, manufacturer, distributor, service or service provider mentioned or any opinion expressed in answers or comments. VisaJourney.com does not condone immigration fraud in any way, shape or manner. VisaJourney.com recommends that if any member or user knows directly of someone involved in fraudulent or illegal activity, that they report such activity directly to the Department of Homeland Security, Immigration and Customs Enforcement. You can contact ICE via email at Immigration.Reply@dhs.gov or you can telephone ICE at 1-866-347-2423. All reported threads/posts containing reference to immigration fraud or illegal activities will be removed from this board. If you feel that you have found inappropriate content, please let us know by contacting us here with a url link to that content. Thank you.
“;}
×
×