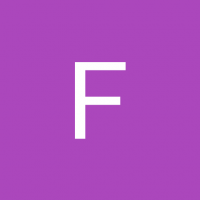 By Blancaca, December 2, 2018 in Adjustment of Status from Work, Student, & Tourist Visas