Our founder, Ben Ives, used the GI bill to earn his computer science degree after his time in the U.S. Air Force. When he decided to marry his wife Jocelyn from the Philippines, he was shocked to discover that there was no online service that simplified the fiance visa process.After filing manually, the couple realized the complex and tedious process had vast room for improvement. So in 2006, Ben set out to write the first software for RapidVisa. After six months of 15 hour workdays, RapidVisa launched, and has been growing ever since.

Today, RapidVisa has multiple offices and over 50 employees. RapidVisa has successfully helped well over 35,000 families from 183 countries reunite in the U.S. In 2016 and 2017, RapidVisa made the Inc. 5000 list of fastest growing private companies in America. Our headquarters is in fabulous Las Vegas, Nevada.

We are multilingual! In addition to English, we speak Spanish, Mandarin, Portuguese, Tagalog, Waray, Cebuano, Hiligaynon, Kinaray-a, Kapampangan and Ilokano! 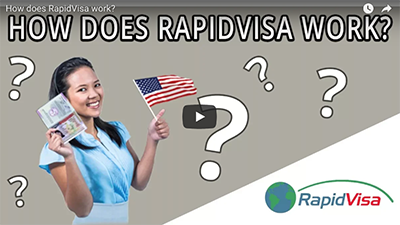