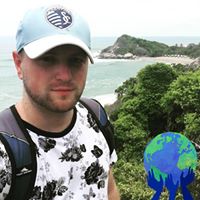 By scott&camila, February 20, 2019 in Adjustment of Status (Green Card) from K1 and K3 Family Based Visas