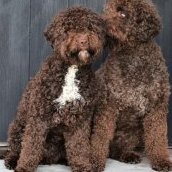 The plan is to have no plan

By 90DayFinancier, July 16, 2020 in Current Events and Hot Social Topics