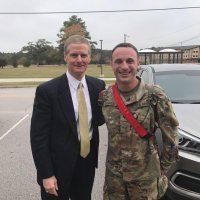 Will she need a waiver after almost 20 years?