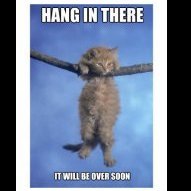 Use info on NEW Naturalization procedure in Atlanta

By Life_love, June 7, 2019 in US Citizenship General Discussion