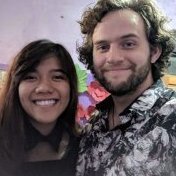 Don't have tax returns for the last 3 years

By JayceC, July 31, 2019 in Adjustment of Status Case Filing and Progress Reports