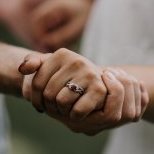 How to put income and employment for temp. part-time jobs on I864

5 posts in this topic